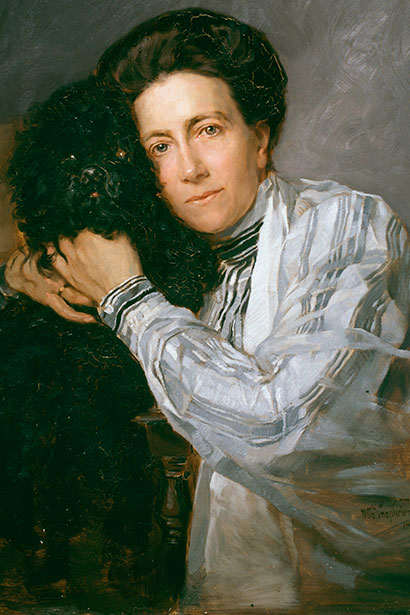 Sophia Maria Victoria of Baden was born in August 1862 in Karlsruhe, and was Queen of Sweden from 1907. She was born Princess of Baden.

Victoria was a descendant of King Gustav Vasa. Her father-in-law King Oskar II wanted to forge stronger links with Germany, and so her marriage was a political alliance in that respect.

She married Sweden's Crown Prince Gustaf (V) in 1881, and became Duchess of Värmland.

After the death of Queen Sofia, Victoria took over the management of Sophiahemmet in Stockholm. She founded the Queen Victoria's Naval Home Foundation in Stockholm in 1908. The foundation offered employees of the Swedish defence services and members of Swedish voluntary organisations inexpensive accommodation in Stockholm.

She was also responsible for the opening of Viktoriahemmet in Karesuando, a home for elderly Sami, which was opened in 1922.